Skip to content
Home
|
Kakapo the wreck on Noordhoek Beach

What a story! The SS Kakapo, a 665 ton schooner rigged steamship, was headed for Sydney Australia with a load of coal, having embarked on the journey in the UK.

The newly ticketed Danish captain, on his first command, headed south along the west coast of Cape Town south peninsula, to round Cape Point and Agulhas, the southern most tip of Africa.

The Cape of Good Hope is also named the Cape of Storms – which may indicate the reason for many wrecks along our coastline – and this particular one as well. In those days, charts, compasses, shorelines and the odd lighthouse was how navigation took place. On that stormy day in May 1900 there was poor visibility with cloud and fog, pounding north-west winds and high seas. The captain saw Chapman’s Peak and thinking it was Cape Point and gave instructions to turn hard to port, maintaining full speed. It wasn’t long however when the bridge caught sight of breaking waves directly ahead.

Any different command would have had little effect against the vessel’s forward momentum, the onshore gale and mountainous seas.

They ploughed full speed onto the beach. No lives were lost. In fact the crew could alight onto dry sand!

They tried to move her off on the sand and re-float her, but without success.

Hence today when you take a walk along Noordhoek 8km beach, halfway along, you can clearly see the exposed ribs and engine block of this ship buried in the sand. 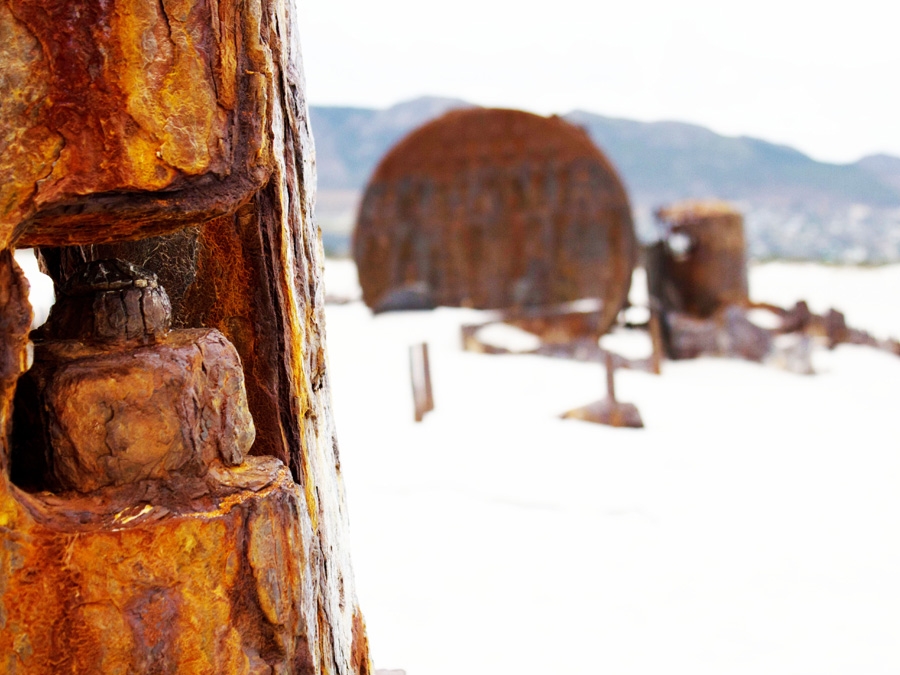 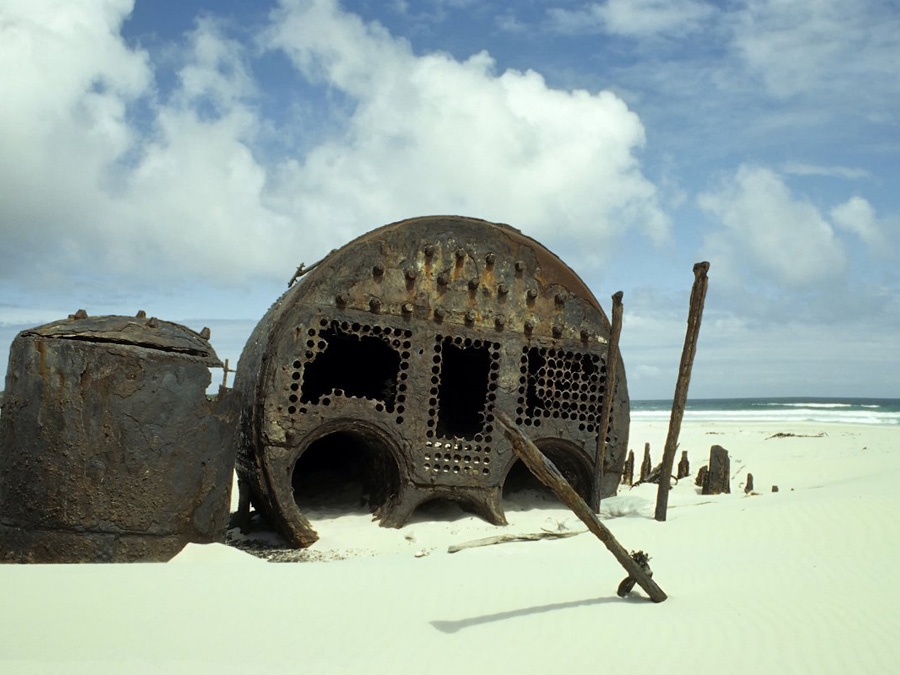 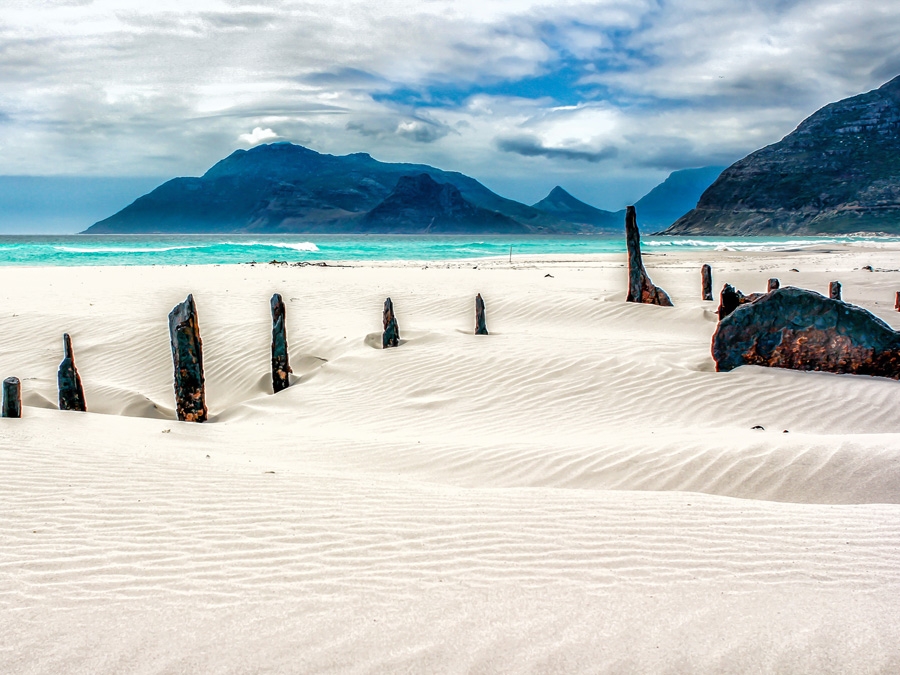 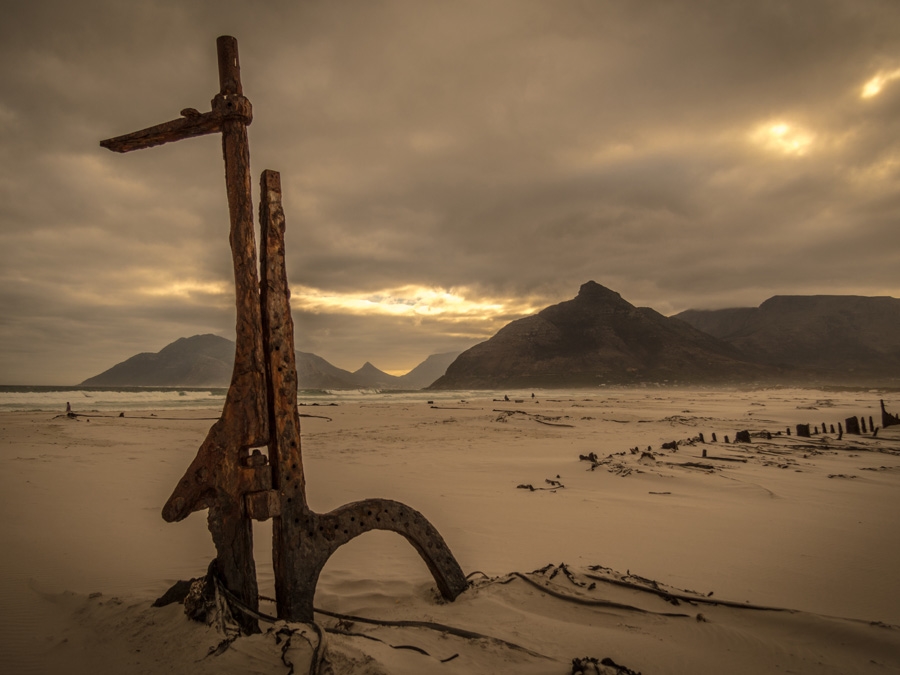