What I love about the drive along Chapman’s Peak is to look up at the steep towering rock face and see the different strata and sheer cliffs that in places, also drop to the sea below. Obviously I can’t be behind the wheel.

Chapman’s Peak Drive, affectionately known as ‘Chappies’, on the Atlantic Coast between Hout Bay and Noordhoek in the Cape Peninsula is one of the most spectacular marine drives in the world! It is a toll road for which you pay at the Hout Bay end.

If you are coming from the Noordhoek side, you are able to drive to the lookout-point where you can get out and enjoy the spectacular view across the Atlantic, and the picturesque bay of Hout Bay, and the opposite Sentinel peak.

If you drive on a little further, there is a place for you to turn around. If you only go that far you do not have to pay.

Chapman’s Peak is named after John Chapman, the Captain’s mate of an English ship, the Consent. The peak which looms overhead was not named after a governor or brave mountaineer, but a lowly ship’s pilot. The road, initiated by Sir Nicolas Fredrick de Waal in the 1920’s, was cleverly planned with the road surface based on the solid and conveniently located 630 million year old Cape Granite contour, while the many roadside cuttings were carved out of the more workable Malmesbury series sediments. This spectacular roadway took seven years to complete.

After two very serious accidents caused by a landslide and rock fall, the road was closed for upgrade and sophisticated rock-catching safety measures installed. This has been most successful resulting in few closures when repairs or rock clearance from the structures takes place.

The start of this unique drive is less than 15 minutes from African Violet Guest Suites.! 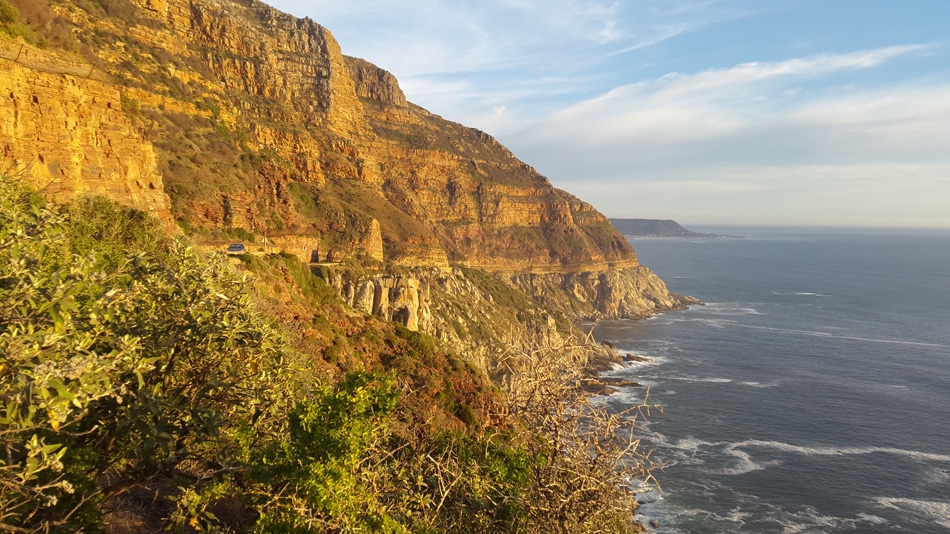 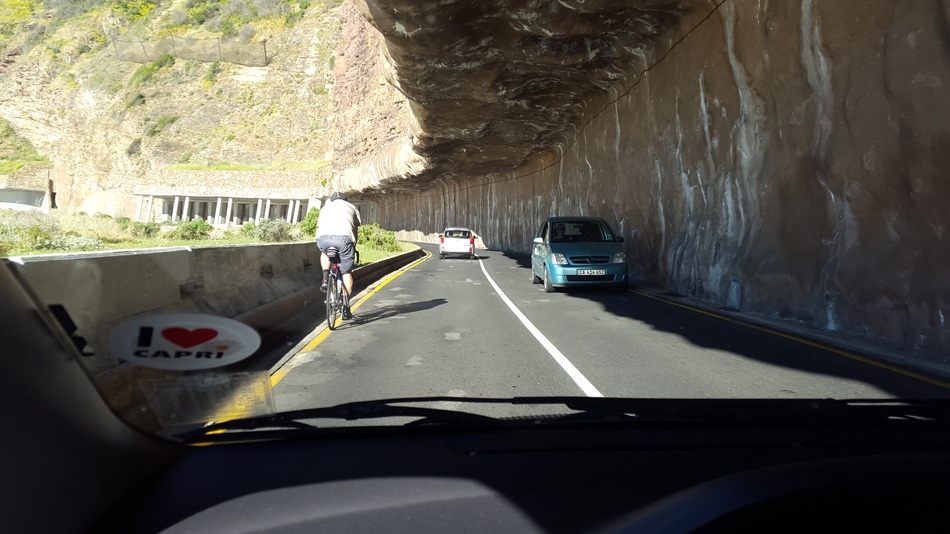 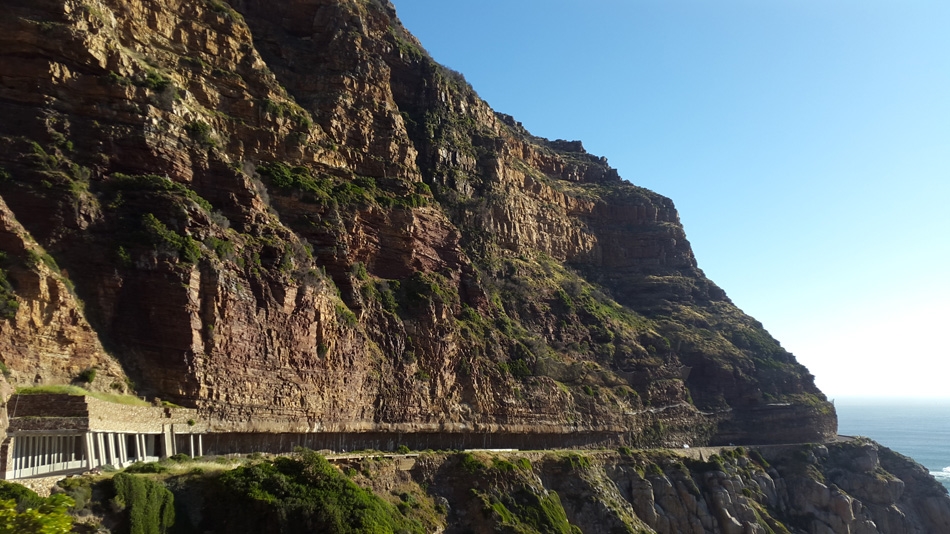